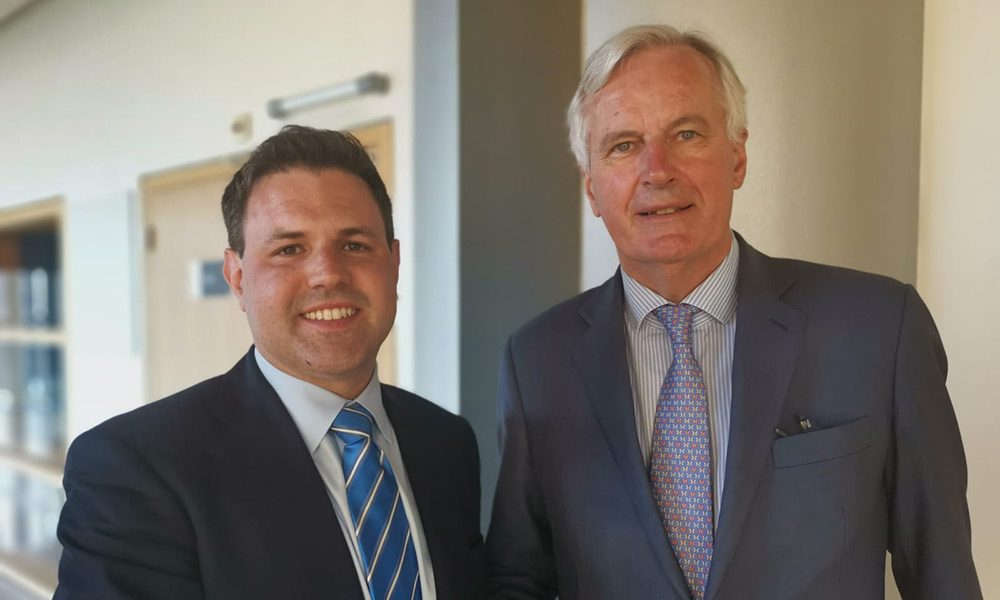 The EU’s chief negotiator has made a stark warning to the British ahead of the result of the Tory leadership campaign next week.

Speak to BBC’s Panorama, Michel Barnier warned that threats of no deal were not helpful and suggested the EU was more prepared than the UK should Britain leave the EU on Halloween.

Leaving the EU without a deal has been widely condemned as deeply damaging to the UK economy and the pound has tumbled as the threat of no deal has intensified.

Prime Ministerial frontrunner Johnson said earlier this month: “We were pretty much ready on 29 March. And we will be ready by 31 October. And it’s vital that our partners see that. They have to look deep into our eyes and think: ‘my god, these Brits actually are going to leave. And they’re going to leave on those terms.’”

Leading the campaign to stop Brexit from within the EU are the Liberal Democrats, the UK’s largest delegation of pro-Remain MEPs.

Antony Hook, MEP for South East England, responded to Mr Barnier’s comments saying: “On one side of the debate you have business leaders, industry experts, economists, and respected government officials such as Michel Barnier, all warning of the imminent danger posed by a no deal Brexit.

“On the other side you have vague promises and unsubstantiated optimism from the man whose false claims on the side of a bus during the referendum have gone down in history as one of the most outrageous political fabrications of the 21st century.

“To the next Tory leader and his cabinet, whoever they may be, I say this. Forget pride, forget dogma, forget party politics. It’s time to put the country first and take no deal off the table before you make our country into a laughing stock.”