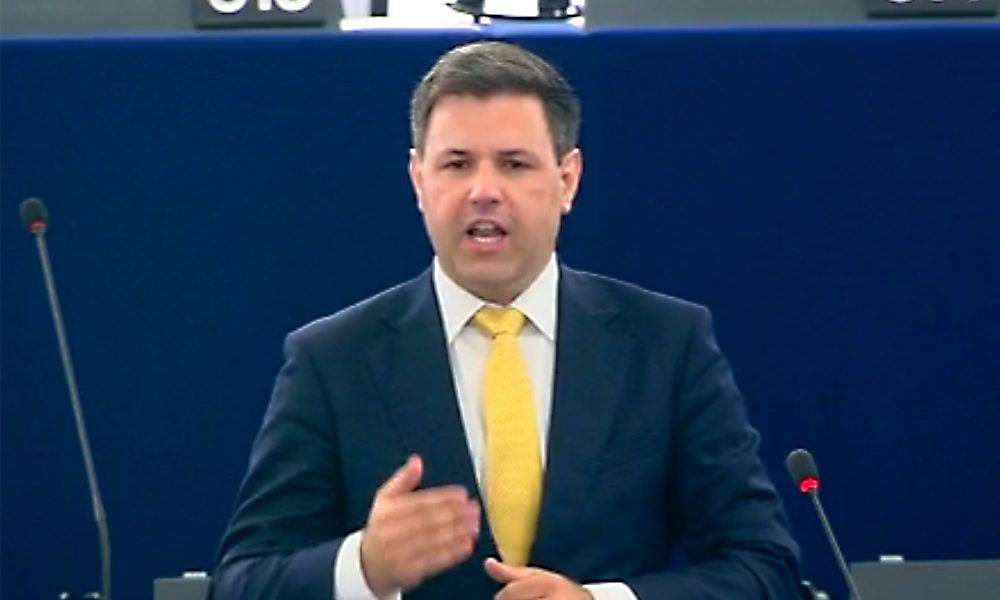 Antony Hook addressed the European Parliament this morning (Thursday) to highlight the issues faced by the people of Hong Kong in the face of efforts by the Chinese government to extradite Hong Kong nationals back to China.

The citizens of Hong Kong have recently taken to the streets in protest over fears that individuals could be subject to extradition to China for political reasons.

The European Parliament has now adopted a motion urging all EU member states to stand in solidarity with the people of Hong Kong in their struggle for democratic and human rights.

The motion called on the Hong Kong government to withdraw the amendments to its mainland extradition law.

Antony, supported by MEPs from the Renew Europe group, called for the Hong Kong authorities to immediately release and drop all charges against protestors and for an investigation into the use of force by the Hong Kong police. They also stressed that the EU shares the concerns of the people of Hong Kong in relation to political and democratic freedoms.

Speaking at a session of Parliament in Strasbourg, Antony Hook MEP for South East England said: “I am proud that this resolution has the support of the five largest groups in the European Parliament. That is important because Europe, our 28 states, are strongest when we’re united”.

“For weeks, up to 2 million Hong Kong people have protested on their streets. Protests against an extradition bill, brought by a Hong Kong government not elected by the people, which would see people rendered to mainland China, according to countless NGO reports, unfair trials, torture, forced confessions are endemic”.

“To everyone in Hong Kong, we stand with you. We will not be silent while you suffer. To the governments of Hong Kong and China we implore you to the respect the rights of every individual. Then we can build a world of peace and justice for all”.

MEPs from The Brexit Party were among the few not to support the motion which was otherwise met with widespread support.

The speech in full